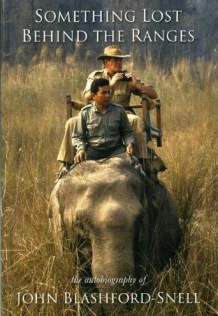 JBS’s revised autobiography 'Something Lost Behind the Ranges' was released in April 2014.

Special Offer!!!  In the Eye of the Wind

This is a fascinating book for adventurous boys and girls. There are many stories from Operation Drake written by the young explorers themselves.

Send a cheque for just £5.00 (including p&p) to The Scientific Exploration Society to Expedition Base, Motcombe, Shaftesbury, Dorset, SP7 9PB.  If requested John Blashford-Snell will autograph copies.

The Scientific Exploration Society has sets of special covers carried on the Blue Nile, Darien, Zaire River, Dahlak, Op Drake and Op Raleigh expeditions.  They may be purchased from the Society.  Please contact us as above.